Blockport held a reasonably successful ICO starting on the 24th of January 2018 and ending on the 28th of February 2018. They raised a total of $15m in ETH. A Dutch company registered and headed in their office in Amsterdam, The Netherlands. The company had good prospects until recently they attempted to hold an STO and failed to reach softcap, thus having to return all of their money to would-be investors. After failing to raise enough capital to reach a softcap, they announced that they don't have enough funds to continue operations in its current state. They stated that they would be closing the exchange to the public at the end of the month, however they would not give up on it and would continue to work on it in the background with a reduced workforce. Blockport went from $15m to not enough funds in just over a year, what happened?

Blockport was one of the few ICOs of the ICO boom that actually managed to build a working platform. Thousands of people have used Blockport to successfully buy and sell crypto with excellently low fees and fast turnaround times thanks to their integrations with multiple exchanges and their background work to aggregate the crypto of your choice at the best spot prices. Combined with the low fees of entering/exiting the exchange, Blockport was looking promising and many people already loved it as a fiat on/off ramp.

Yet, just over a year later after they failed to raise money for an STO (or as some would consider a second ICO), [they have declared that they simply don't have any money left to continue the operation](https://blog.blockport.io/blockport-sto-results/), in a matter of words. Just after the announcement, the BPT token plummeted by 85% and the market cap hit extreme lows of just around $120k. How did a company that raised $15m in ETH just one year ago end up, well, for all intents and purposes, bankrupt?

During the ICO phase of Blockport, the Ether they were raising was worth about $1000 per ETH, give or take a couple hundred in pumps and dumps during the time period. Unfortunately, from some information floating around the Telegram chat channels of Blockport, it would appear that there has been some significant fund management mishaps resulting in significant losses of capital over the past year.

A large portion of the company's capital was still held in ETH, throughout the extreme bear market and crypto winter of 2018. Numbers such as 80% of the ETH raised during the ICO were floated around as to how much of their capital was kept in ETH. All during this period, they sold some ETH to spend money on marketing, their offices, supplies and of course, monthly salaries for their 20+ employees.

As we all know, throughout the year of 2018 crypto had an extreme plunge. ETH fell from the high of $1000 raised during the Blockport ICO, down to, at its worst, roughly $83. During these time periods Blockport continued to sell off funds as they needed to pay their costs, unfortunately, continuing to keep their funding in ETH. This represents a roughly 92% decrease in the value of ETH. This would mean that they would've had only $1.2m in funding left.

Now, they didn't sell all of the tokens at the bottom, however, we can easily imagine as they were holding on and selling off bit by bit as the months wore on and the price dipped ever lower, that their capital in euros (which they required to pay their employees and other business dues) were ending up far less than their initial ICO value. They would've started to burn through ETH fast during the worst of this bear market.

The future of Blockport currently looks grim. There appears to be little hope of its redemption at this point. It feels like the company is in the grip of death and the nails are already being hammered into the coffin. While the company's founders have stated that they are going to significantly scale down operations and continue trying to make the Blockport dream a reality in the background, even after the close its doors to the public at the end of May, I remain skeptical at their ability to pull things back.

I actually quite liked Blockport as a fiat on/off ramp for its favourable prices and speed of entry/exit compared to the competition. So for me, this is a damn shame. I sincerely hope that they can somehow make a comeback but I'm not keeping my hopes up.

Want to avoid getting your accounts hacked? Maybe you should rethink all of those browser extensions that you're using. 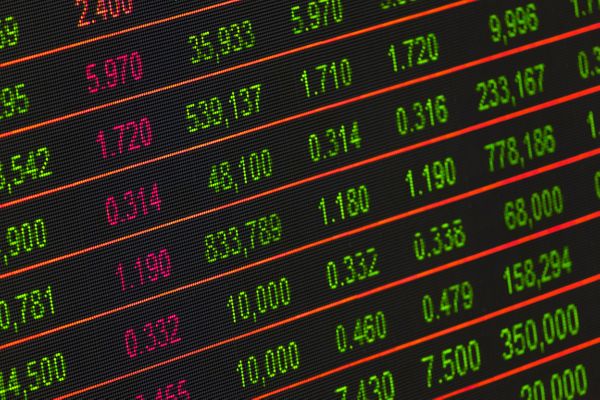