Lately, I've seen quite a lot of confusion about where people think their cryptocurrency coins are stored. This article's goal is to clear up the confusion around this topic.

What are the coins?

The cryptocurrency coins themselves, are generally an incentive to "secure" the blockchain. On PoW (Proof of Work) chains like Bitcoin, miners (computers) solve complex mathematical algorithms in an attempt to find the correct answer. The difficulty of finding an answer changes based on the total amount of "power" being used by miners. This is to ensure a consistent amount of new "blocks" being validated by miners. These blocks contain new transactions between users of the blockchain. If I want to send 1 BTC (Bitcoin) to you, I'll create a transaction to send it from my address to your address. When a miner validates the block containing my transaction, then the transaction is considered "completed", which means I no longer have access to my Bitcoin, you do instead.

For validating this block, the miner who first validated it gets rewarded with some Bitcoin. This is the incentive that miners have for validating blocks on the blockchain and essentially "securing" transactions that people are making. The reward is significant for finding the answer to a block first but this is because it's basically down to how much computer power you have and the predictable probability of calculations it'll take on average to get the answer. The more powerful your computer for this task, the more blocks you'll be probable to find the answer to. The more powerful the computer, the more expensive it is to buy and run it.

Where does the coin exist?

Once a coin is created on the blockchain because it was rewarded to miners, this event is also stored on the blockchain. The miners can then send the coins to someone else, for whatever reason, as a gift, or to sell it, etc. When you buy a Bitcoin, you're buying it from another person. Much of the time, you'll be buying it on an exchange like Binance. This simply acts as an intermediary between you and the other person for the transaction. When you withdraw the coins off of Binance and into your own wallet, Binance is just creating a transaction where they are sending it from their address to yours.

Once you receive the coins in your address, you own them. Where are these coins stored? Well, that's talking about the coins as if they are a physical entity, when they are actually just a digital record. The blockchain itself, which is immutable, means that the history cannot be changed, only new transactions can be added, which is actually something that has never existed before. On the blockchain, the address on which the coins reside is recorded via all of the transactions that have occurred in the past. The blockchain merely acts as a record as to who owns what coins. You'll be able to trace those coins right back to their creation, which would likely be from mining rewards or genesis (the original creation of the blockchain).

That is to say, when you own a Bitcoin and you store it in your wallet. What you're really saying is, the blockchain has a digital record that you have access to a Bitcoin.

What is a wallet?

So, what does your wallet actually do then, if it doesn't actually store the Bitcoins that you own? Well, wallet may be an unfortunately misleading name for this purpose. A wallet in real life, actually physically stores your physical money. A Bitcoin wallet on the other hand, merely acts as a key to show that you're the owner of an address, which as we established before, is simply a digital record of such on the blockchain itself.

You use the Bitcoin wallet to generate transaction because your Bitcoin wallet has what we call the "private key". From this private key, many Bitcoin addresses can be created and utilised. Through complex cryptography concepts (which have exists for many decades before Bitcoin's inception), you use your wallet to create a transaction which is valid for your address. This is how you effectively send Bitcoin. The private key behind your wallet is the key that tells the blockchain that you are the owner of a given address and thus, the Bitcoins in that address according to the blockchain's historical ledger of transactions.

You may also be wondering, given all of this, what's the best way to store cryptocurrency? Well, I wrote an article on that too, here. So you might want to check that out. 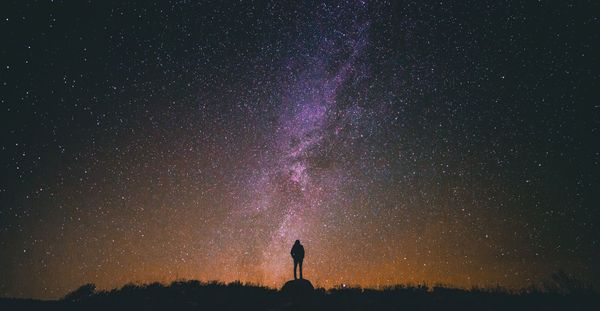 Cosmos is a Proof of Stake consensus blockchain, powered by their native token ATOM. Coined as the "Internet of Blockchains", Cosmos has a large team behind it and began as a successful ICO on Ethereum resulting in the equivalent of $17 million in raised cryptocurrency funding. Even more astonishingly, through