Over the last month or so, cryptocurrencies have been taking a bit of a hit. Most people are now calling this a bear market. However, the absolute onslaught of lies and propaganda from the media against cryptocurrency has been unbelievable, to say the least. Let's take a look at some examples over the last month.

From all of the headlines everywhere you'd think that India was banning cryptocurrency outright.

What the media says

"India has vowed to ban the use of cryptocurrencies within its borders, it appears." - TheRegister.co.uk

What was actually said

"The government does not recognize cryptocurrency as legal tender or coin and will take all measures to eliminate the use of these crypto-assets in financing illegitimate activities or as part of the payment system." - QZ.com

What it actually means

Indian regulators have been more concerned about the fact that people may not being capital gains taxes than anything with cryptocurrency and in fact remain positive about blockchain technology, even stating that they wish to look into blockchain adoption.

Since when is cracking down on capital gain tax avoidance negative enough to spread such fear with legitimate investors?

France and Germany crackdown on cryptocurrencies

The upcoming G20 summit sounds like it's going to be the apocalypse for cryptocurrency right? It's the nail in the coffin this time, right?

Lets look at the headlines. What the media says

"French and German finance ministers continue to call for strict regulation on Bitcoin and other cryptocurrencies." - Bitcoinist

What was actually said

"We will have a joint Franco-German analysis of the risks linked to bitcoin, regulation proposals and these will be submitted as a joint proposal to our G20 counterparts at the G20 summit in Argentina in March"

What it actually means

Yes, "global crackdown" indeed. It's the apocalypse, sell all your crypto. No sorry, I forgot to read more than just the headlines from tabloid media! Whoops, can't be making that fatal mistake!

France and Germany are recognising cryptocurrency as an investment vehicle that people are interested in, clearly. Thus for tax purposes, investor protection and preventing criminal use of cryptocurrency, they are looking at proposing some regulations.

Not so bad, really.

Banks cracking down on cryptocurrency, banning the use of credit cards to buy it

Uh, you know that banks make their money by loaning you money for stuff that they think they can reposses and get their money back if you fail to pay them? You know, banks don't want to lose money, so they don't want you investing all of their money in cryptocurrencies that are so volatile. No, credit card money is not your money, it's the banks money being loaned to you on credit. They are worried that people who lose it all on cryptocurrencies won't be able to pay it back.

Yeah, it's that simple. A lot of banks are experimenting with blockchain technology and are part of the Ethereum Enterprise Alliance. They don't hate cryptocurrencies and don't fear them. Cryptocurrencies are not a threat to banks. Time to take the tinfoil hats off, boys. The "big banks" aren't cracking down on crypto. Be a sensible person and use money you actually own to buy cryptocurrency.

The US is going to ban crypto? It's what we've all been terrified of, the federal reserve is finally using their power to force the SEC to crack down and ban cryptocurrencies nation-wide. They wouldn't want anything threatening their ability to print paper fiat money!

Oh wait, the actual hearing that you can listen to online was actually optimistic about blockchain and cryptocurrencies. Looks like it's not the end after all! The men in black aren't coming to repatriate all of our cryptocurrency!

Oh wait, the finance minister confirms no ban and South Korea will legalise cryptocurrency trading officially, only banning the use of anonymous accounts to trade cryptocurrency. It's those pesky taxes again, the government is worried that people won't pay their taxes! No ban here though, quite the opposite.

So it's the end

As you can see from reading this article. It's the end of the blockchain revolution. Having read all of these headlines and not any of the actual official quotes, I'm certain that I have to sell all of my cryptocurrency and close my blog.

It was good while it lasted folks.

With that said, I'm personally looking forward to the upcoming bull run.

Update: Binance has released a statement about this attack. It turns out to be similar to the situation I described in this post. API keys were phished maliciously and stored 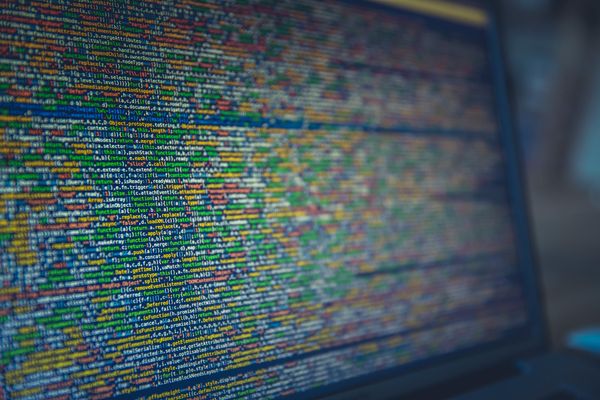 On February 8th 2018, BitGrail declared to its users via their website that it had discovered a shortfall of 17 million XRB. At the time of writing this post, XRB