Recently, I've heard sentiment from some people who are typically anti-capitalist which I find simply shows that they are ignorant of money and how it works, or even the basics of capitalism and why it was created. It appears that they simply don't understand the difference between "net worth" and "liquidity". Part of this is the fault of the media, for sure.

The particular example I'm thinking of is the latest sentiment I'm hearing towards Jeff Bezos, the founder of Amazon.com. Recently, even with the lockdowns happening worldwide, Amazon's stock price has soared. Since Jeff Bezos holds a significant portion of shares in Amazon. As of writing this, he owns around ~11% of the total shares in Amazon putting him at the top of the list of individual shareholders.

As the price of Amazon stock soared this year, the media started releasing articles discussing this, however their titles can be misleading to some. Bloomberg writes that Jeff Bezos adds $13.2 billion to his fortune in minutes. This is actually quite misleading for numerous reasons. Many people read this and come to the conclusion that Jeff now has $13.2 billion more money to spend on whatever he wants but that is actually not the case, in fact, it's not even close to being the situation he's in.

The $13.2 billion that Jeff Bezos "added to his wealth", is an addition to his net worth, not his liquid capital. It doesn't mean he can actually spend this money because he has not received any money in cash or other liquid capital, the money is simply coming from the valuation of his stocks in Amazon. In order to actually use this money, he would have to sell some shares in Amazon. Jeff currently has around 55 million shares in Amazon and Amazon is currently valued at around $3200 per share. This gives Jeff around $180 billion dollars in Amazon shares. If he wants to cash in and start using that $13.2 billion dollars, he'd have to sell over 0.5% of his remaining 11% of shares.

Selling 0.5% of his shares to acquire $13.2 billion dollars may not sound like much, however you have to remember that Jeff has been running this company for a long time. This company is his baby that he worked hard to build for decades.  He has already been reduced to just 11% ownership of the company that he created just 26 years ago. At this point, every few % he sells reduces his ownership even further. His ownership of this much stock gives him a lot of power in how he can run the company, as it gives him voting power. Some hedge funds own significant portions of Amazon, Vanguard and Blackrock own 6.2% and 3.55% respectively of Amazon. Think about that, another "entity" owns almost as much of Amazon as Jeff does. Of course Jeff is reluctant to sell more shares in Amazon to "cash in" on that money. Doing so may mean he loses control of the company he spent 26 years building to this point.

I've heard a lot of people say stuff like "Jeff Bezos should pay his employees more, he is a slave driver". Jeff pays his employees what they are willing to accept for the job that they provide. If they could get more money, they would go elsewhere. In fact, in conversation I stated this and the person oddly retorted (paraphrasing) "A lot of these frontline workers don't have better options, they don't have a choice but to work for Amazon as it's the best they can get". Wait, they didn't have better options until Amazon came around? Sounds like they should be thanking Jeff Bezos for having any career options at all if that's the case!

Well, what if Jeff Bezos just sold all of his Amazon shares and collected $172 billion in cash and distributed it equally among his 840,400 employees? Well, first of all, this is again a misunderstanding of how markets work and how stocks are valued. If Jeff went ahead and started a mass sell off of his remaining 11% of Amazon shares, guess what? The price of Amazon would plummet due to the immense selling pressure that this amount of shares would create. It would be very unlikely that he would even get $100 billion that fast, if he tried to sell them all at once. Liquidity is not that simple, the markets are not that simple. Selling that much stock at once causes immense downward pressure that won't hold up unless there is equal buying capital pushing it upwards. Anyone who has spent time trading stocks will understand this easily, from understanding order books and such.

Let's say even then, Jeff managed to sell all of his $172 billion in shares instantly, by some impossible miracle and collect it in cash and he decided to distribute it to all of Amazon's 840,400 employees equally. This would mean each employee would get around $210,613. A life changing sum for a lot of people, right? Well, maybe not. Firstly, remember that this money gets taxed, so realistically you can cut around 30% off of that, $147,000 will go to the employees after taxes. This is quite a bit of money to the frontline workers that earn an average of $31,330. However, those are the frontline workers. We also have to remember that there are many very highly paid people working at Amazon, software engineers earn $121,703 on average at Amazon. There's managers, marketing, sales and many more roles that all earn 6 figure salaries. A once in a lifetime bonus of $147,000 to them is a nice bonus but not life changing to be sure, especially considering in addition, many of these employees earn a $24.3k annual bonus, a $38k signing bonus and $33.4k in annual equity in Amazon, putting their total annual compensation over $200,000.

Then, to what end would Jeff do something so drastic? Once he has done this, he loses control of the company. Who knows how the next shareholders who can control the voting majority of the company, will decide how to run it? Perhaps they will cut salaries, cut benefits, cut employees on the frontlines in favor of more automation. This would affect their future salary, perhaps they would be taking that once in a lifetime bonus only to lose their job a year later and as my colleague put it "they have no better options besides Amazon", so what are they doing to do now?

All of this simply shows me that many people are very uneducated on how money and markets work. Even basic stuff, like liquidity and net worth, don't appear to be well understood by people who complain about this type of stuff. If they started educating themselves on the matter, perhaps they would be more successful themselves as they would actually grasp how stuff works and be able to utilise it in their own lives. Sure, understanding the stock market in terms of order books, liquidity, selling pressure, hedge funds, ETFs and all that can be a lot to take in, however you don't need to understand all of that to comprehend the difference between net worth and liquid cash.

Put simply, take the time to learn more about how things work before you criticise them and make sweeping statements about how things could be done better, it only makes you look ignorant to the people who are not.

Here's an interesting thought experiment you can do. Do you want to become a paper billionaire in just a few steps? 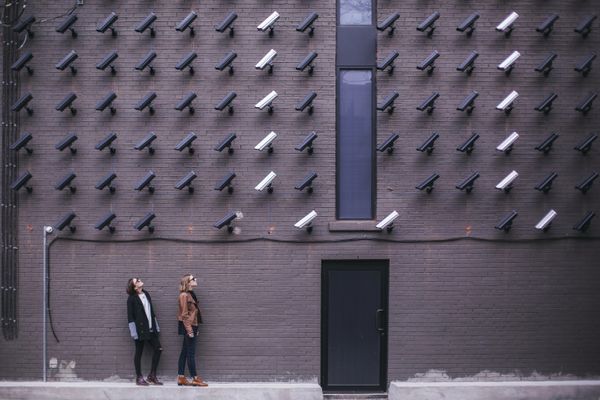 Bitcoin has long been seen as the currency of choice for illegal markets and criminals because it is "anonymous" - however, Bitcoin is actually the opposite of anonymous, contrary to 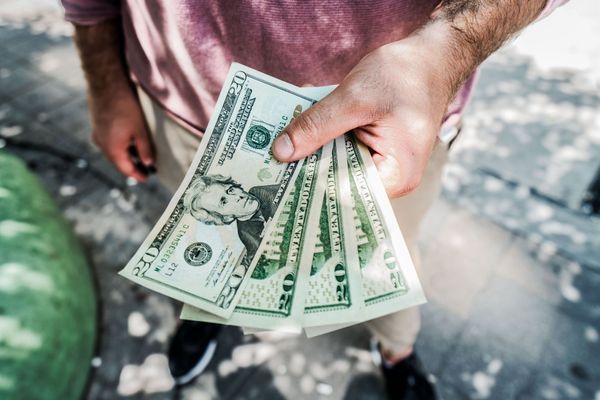