Are these ATMs anonymously usable?

Depending on the country this varies. Generally, cryptocurrency ATMs are not very anonymous. They tend to be surrounded by surveillance cameras and located within establishments that serve other purposes such as cafés. Not only that, in some countries, anti-money laundering laws require you to scan your ID to exchange any currency with the ATM.

Benefits of using an ATM over an online exchange

One of the major benefits of using an ATM over an online exchange is the ease of use and the lack of sometimes long and tedious KYC (know your customer) steps you have to go through in order to setup an online cryptocurrency exchange account. Not only that, but Bitcoin ATMs can also generally accept cash payments which is not possible using an online exchange.

How do the ATMs exchange the currency?

This again depends on the ATM being used. Some ATMs accept cash and credit card, some only accept one of them. When you've made a purchase, some ATMs such as the Coinme ATM will send cryptocurrency directly to the address of a cryptocurrency wallet that you give the machine.

On the other hand, some of the machines which have been coined as "Kiosks", will give you a receipt with a one time redeemable code. This code can be used on the provider's website (such as https://coinme.com/redeem for Coinstar Kiosks powered by Coinme) to redeem your cryptocurrency into a wallet of your choosing.

Generally, ATMs are very safe. This is because they are most often located in an existing business establishment, meaning that there is clear culpability for when something goes wrong. Not only that, but there is very little gain from the ATM company scamming the customer, with far more to gain from providing an excellent experience for the customer.

What kinds of fees do ATMs charge?

Cryptocurrency ATMs generally charge a flat fee on the transaction you are making. The fee can range anywhere from 4% to 10% and more. Coinme charges a flat 4% fee on their service. This is all made clear to you when you are using the ATM to make your transaction. The exchange rate of the currency that the ATM is providing you will be shown on the screen, as well as the fee that is being charged for the transaction. You can easily compare the exchange rate given on the screen of the ATM to the live exchange rate on a site like Coinbase on your phone while you're using the machine to ensure that you are getting a fair rate.

Where can I find a cryptocurrency ATM?

There are various websites that list the locations of cryptocurrency ATMs. Our favourite ATM provider, Coinme, has a list of locations on their website. Coinme is the first licensed Bitcoin ATM provider in the USA and has grown to provide the largest network of machines in the United States. 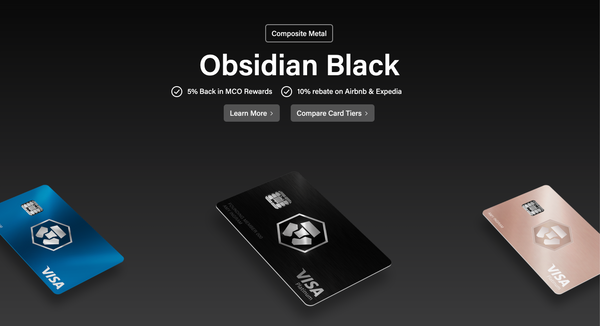 Ever since the European Union implemented legislation against credit card companies charging more than 0.3% to merchants on credit card transactions [https://eur-lex.europa.eu/legal-content/EN/TXT/?uri= 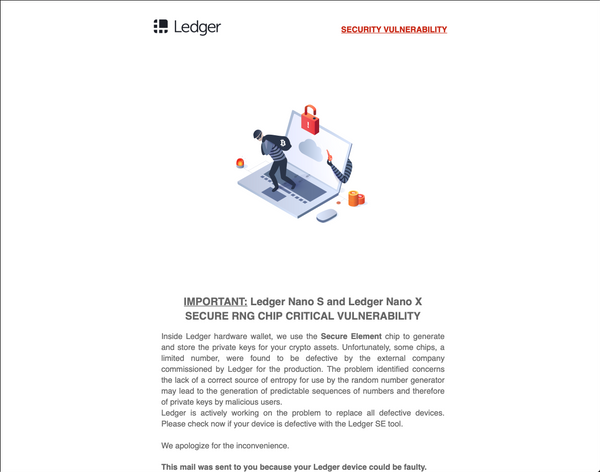 Today I received an email that appears as though it's from Ledger. The header claims "IMPORTANT: Ledger Nano S and Ledger Nano X SECURE RNG CHIP CRITICAL VULNERABILITY". This however,